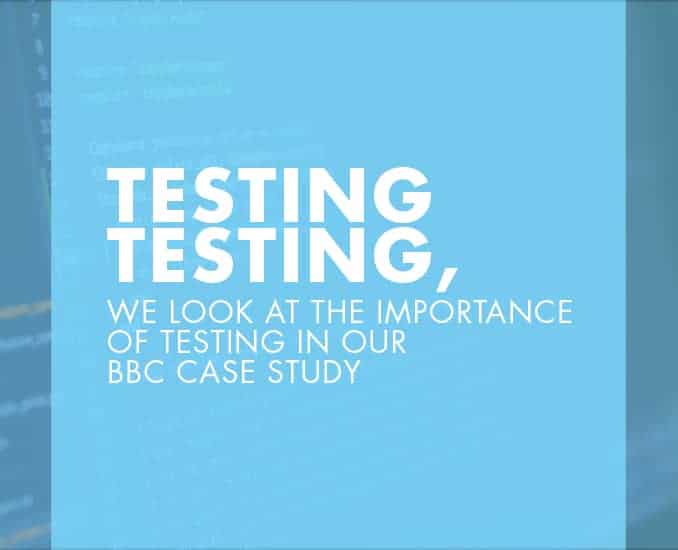 Increasing demand for new functionality and ever-advancing technology means systems and platforms need to be continually upgraded and improved in order to keep up. Every change needs to be robustly tested to ensure quality and suitability, but as the number and complexity of devices increases, so too does the scale of testing required. Delays caused due to testing can cost millions of pounds and result in a loss of end users, which is why prompt, efficient testing should be at the forefront of every lead developer’s mind from the beginning of a project.

RPS provides technology testing solutions on both large and small scales. Our hand-selected teams can be deployed quickly to work alongside internal teams with the aim of delivering whole systems, or delivering smaller pieces of the overall software puzzle. Likewise, our unique delivery methodologies mean we’re capable of working to set outcomes and milestones, or flexing deliverables in response to changing circumstances, both for a fixed cost.

Reed Professional Services have been working with the BBC since 2007. In that time, we’ve helped deliver hundreds of projects and driven millions of pounds in savings. System testing has always been – and continues to be – integral to our work with them.

The 2017 launch of the BBC’s Local News Partnership is a prime example. The system aimed to provide full and fair reporting of local authority and public body decisions, as well as weather reporting across the UK. RPS provided several services to the BBC in the lead up to the launch of the Local News Partnership, including testing and validation for online components.

Through this testing, we produced results and reports for the BBC that led to improvement and optimisation of the Local News Partnership ahead of deployment.

The BBC Device Hive is an internal BBC service used to conduct batch testing of their services across mobile devices. It’s used to ensure efficient, consistent performance for all users, but until 2014, was a single machine conducting tests from the BBC’s Salford premises. The BBC wished to rollout the Device Hive’s functionality to all departments and locations in need of it.

RPS was commissioned to manage implementation and testing of the rollout. We first obtained a thorough understanding of the Device Hive’s testing suite, capabilities, and underlying technologies. We then introduced new Device Hive infrastructure and terminals, and developed functions allowing multiple users to simultaneously view, cancel, and reprioritise testing requirements.

To find out more about our testing services, or to talk to us about your requirements, please get in touch.